A heritage-listed building redeveloped for the future. 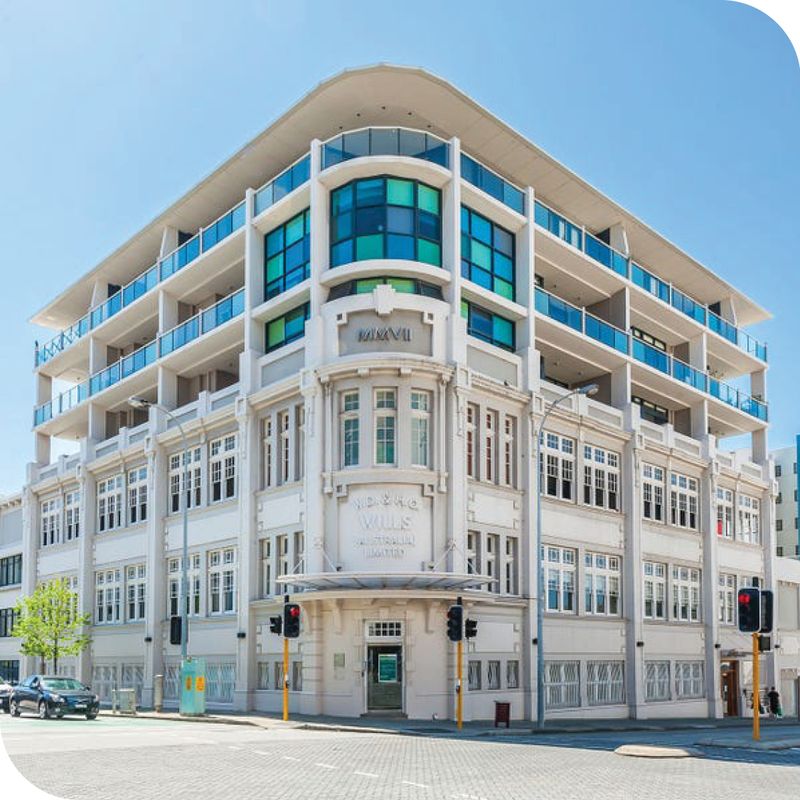 Realmark Strata would like to formally announce our new appointment as the Strata Managers for 65 Milligan Street, Perth.

65 Milligan Street, Perth was built in 1927 to take advantage of the then lucrative Australian cigarette market and has been thoroughly restored and refurbished over the years. It operated as a tobacco warehouse and delivery centre for cigarette manufacturer Wills, Watkins & Co (later known as W.D. & H.O. Wills) till it was sold in 1967.

Wills, Watkins & Co used the warehouse primarily for packaging and distribution, with the basement level utilised as a garage storage for the firm’s sales representatives’ vehicles and for refuelling. The warehouse also housed the administrative operations for the company’s Western Australian market.

The building was described as Inter-war Chicagoesque, a style defined by the angular, large window framing, and was developed in Chicago when the city pioneered steel-frame construction.

From its original construction until 2005, the place was used as a warehouse, car park and showrooms; retail outlet and entertainment venue. In 2008, the building was completely redeveloped into apartments and offices, with three additional storeys added to the top of the building, and many of the internal features restored.

In 2009, the building was awarded a WA Heritage Council Award for Excellence in adaptive reuse. It currently operates as a heritage listed, mixed-use strata complex housing commercial tenancies and residential apartments.

We are excited to welcome this iconic building in Perth’s West End to our management portfolio and are looking forward to preserving the historic integrity of 65 Milligan Street, Perth for years to come.

Realmark Strata invites those whose properties are not yet managed by Realmark to get in touch with Luke Downie today on ldownie@realmark.com.au or 0479 095 889 for an obligation free conversation, and existing clients, as always, to reach out any time for support in regards to your investment.